Sounds Good To Me

Sounds Good To Me

‘Sounds Good to Me’ is a brand-new performing songwriter series conceived and hosted by long-time K-W music veteran Jack Cooper.   The series showcases performers of mostly original music over a diverse array of performing voices, styles, and genres in an intimate performance space.  Series founder and curator Jack Cooper is drawn to performers of their own material who excite him with their ideas, creativity of expression, and passion in articulating their musical vision.  Recognizing the subjectivity of this approach is acknowledged through the arch naming of the series, ‘Sounds Good to Me’.  K-W Little Theatre has long been treasured as an intimate performing space in the heart of Uptown Waterloo by performers and audience alike and is the ideal venue for showcasing compelling performances

The MacQueens are Kris and Liv MacQueen, a Canadian married contemporary roots music duo based out of Kitchener-Waterloo, Ontario. Their songs are compelling, thoughtfully exploring the complexities of life, love and loss. Their first full-length studio album “You & Me & Everything” is a sonically diverse, emotionally honest reflection of life together. It received regular rotation on the CBC and more than 45 campus and independent radio stations across North America.

David Lum, born and raised in Vancouver, spent a decade each in Winnipeg and Hamilton before settling in Waterloo. Infusing a blend of contemporary folk and roots, his influences include renowned Canadian singer/songwriters such as Bruce Cockburn and James Keelaghan.

His songs are as varied as the landscapes he has travelled through, and his versatile guitar style traverses folk, blues, pop and everything else in between. His intimate voice will draw you into his world, filled with tales of quiet desperation, longing and triumph of the human spirit.

In 2004, David won the Manitoba Country Music Association (MCMA) Songwriting Contest for his song "Ghost of a Memory". David released his debut CD "If I Fall" in March 2011, with his most recent release “True North" in May 2019.

David has played at various folk festivals in BC, opening for such acclaimed artists as Mae Moore, Stephen Fearing and Wyckham Porteous. He has also performed at Back Forty Festival (MB), Trout Forest Music Festival (ON), Winterfolk (Toronto, ON) and many other arts festivals throughout Ontario.

After meeting in 2015, these three individual singer songwriters decided their folk/roots style became a more delicious mix with 3-part harmonies, multiple instruments and the fun of making music together!

The trio has played at numerous events and festivals around southwestern Ontario, and their live performances are energetic, inspirational and full of laughter. Engaging their audiences with original songs (and covers they love), their songs are drawn from the honesty and variety of life's currents. 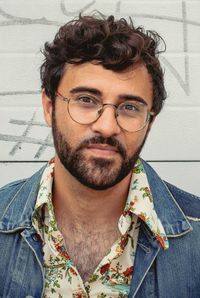 Sam Nabi is a millennial rapper and hip-hop artist who writes songs about racial injustice, gentrification and the perils of the gig economy. Sam will be joined by drummer Ryan Dugal and guitarist Doug DeRozario to re-interpret and deconstruct his hip-hop sound in a live band setting. As Sam Nabi says in his song Motives, “Don’t just let your backing track do the talking — say something, okay hun? Are you a flash in the plan or are you a great one?" 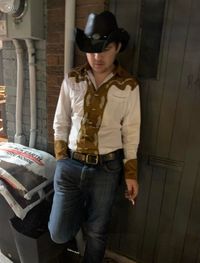 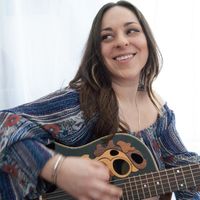 Katy Topham is a Kitchener based singer-songwriter who possesses not only a unique and distinctive singing voice but also an incredible talent for creating memorable and authentic songs. Katy’s live shows engage the crowd with an acoustic homey feel and pull in the attention of audiences who are looking for real, honest stories about life, love and everything in between; with songs that tug at the heartstrings and make crowds laugh with her dry wit. Katy performs locally and around Ontario, has performed at several festivals and was among those selected out of hundreds of applicants, for the CCMA Songwriters Showcase in 2012 and the Virtual Diamonds In The Rough Showcase in 2020. Katy has a 5 song EP to her credit and is currently working in the studio to complete her second EP due to be released September 2022. Katy has released 6 singles since the beginning of 2019 all of which have been played on radio. As we anxiously anticipate her next single release on August 26th 2022, you can find her previous releases available across all digital distribution platforms. 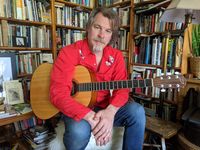 Scott Wicken writes lyric driven songs that are short stories. Accompanied by deft fingerpicking, his songs shift from earnest and sincere, to funny and irreverent, to surreal and surprising, like each song is a different room in some bizarre rambling house... you ask yourself, am I in a dream?... and why is it all so familiar?... did I live here as a child? 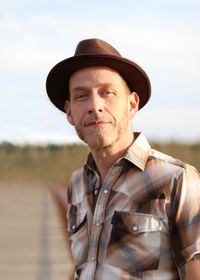 A roots balladeer with a rare personal warmth, Alberta's Scott Cook has distilled the stories collected over thirteen years of near-incessant touring across the world into straight-talking, keenly observant verse. He brings humour, a disarming honesty and a deep love of humanity to his songcraft and storytelling, whether accompanying himself with fingerstyle guitar and clawhammer banjo or backed by his acoustic trio the Second Chances. He has made his living as a troubadour since 2007, and independently released seven albums along the way. All the hard miles notwithstanding, he still believes that songs can change your life, and your life can change the world.

Joni NehRita is a multi-instrumentalist, self-produced singer/songwriter & arranger. The Jamaican-Canadian artist writes songs that explore themes of universal love, social justice and cultivating imagination and compassion. Her 4th full length album, ‘Love & Protest’ is a blend of soul, jazz & Afro-Latin/Caribbean grooves and was written, produced and mixed entirely by NehRita.

In addition to being a performer, NehRita is a TEDxED & Keynote Speaker and has been a music educator for over 20 years, teaching both privately as well as in workshop/masterclass format in high schools & universities including University of Guelph, Wilfrid Laurier University and Seneca at York. Always working on exciting projects, this year she was commissioned to design an online creative arts “zine” for teens for Idea Exchange/Cambridge Libraries. She was also commissioned to compose & create choral arrangements of 3 songs for Cameron Heights C.I.'s choir.

$25 at the door, $25 + eventbrite fee through Eventbrite. Contact us for reduced or waived admission available for the unwaged and underwaged